Fins are too expensive

How do you justify £80 for a set of surfboard fins? FCS and Future seem to manage it but my conscience simply won't let me part with that kind of money. So instead then I've decided to whittle out my own from some wood and fibreglassing them through the wonder of Solarez sun curing resin. This'll be the first time I've tried to make some with FCS plugs so interesting to see how these turn out. Incidentally the pink ones are my interpretation of the Lost Controller fins and the brown and green ones are sneaky little bodyboard fins. 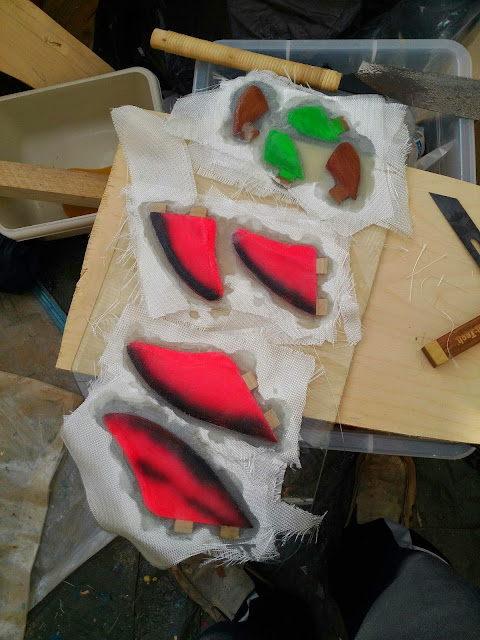 Jonesys Technicolor Dreamboat - The Longboard of Many Colours So after a couple of weeks of struggle, numerous banged walls/doors and a lot of resin mess I've finally finished the biggest board I've built yet, and bar a few colour changes (would have liked a bit of yellow on the tail also) I have to say I'm quite pleased with the outcome. Now I just need to get it down the beach and start competing for waves with the paddle boarders, bring it on. 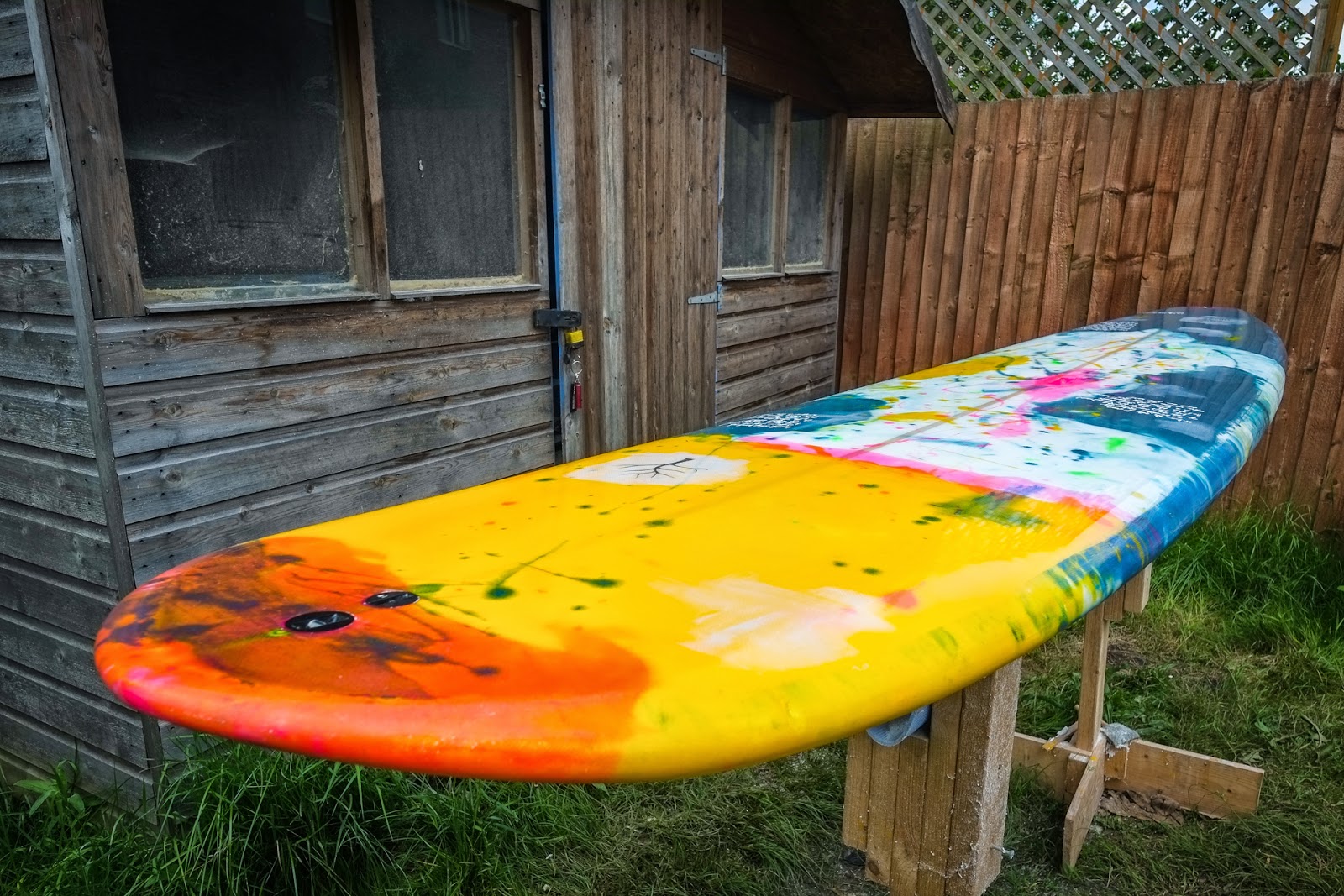 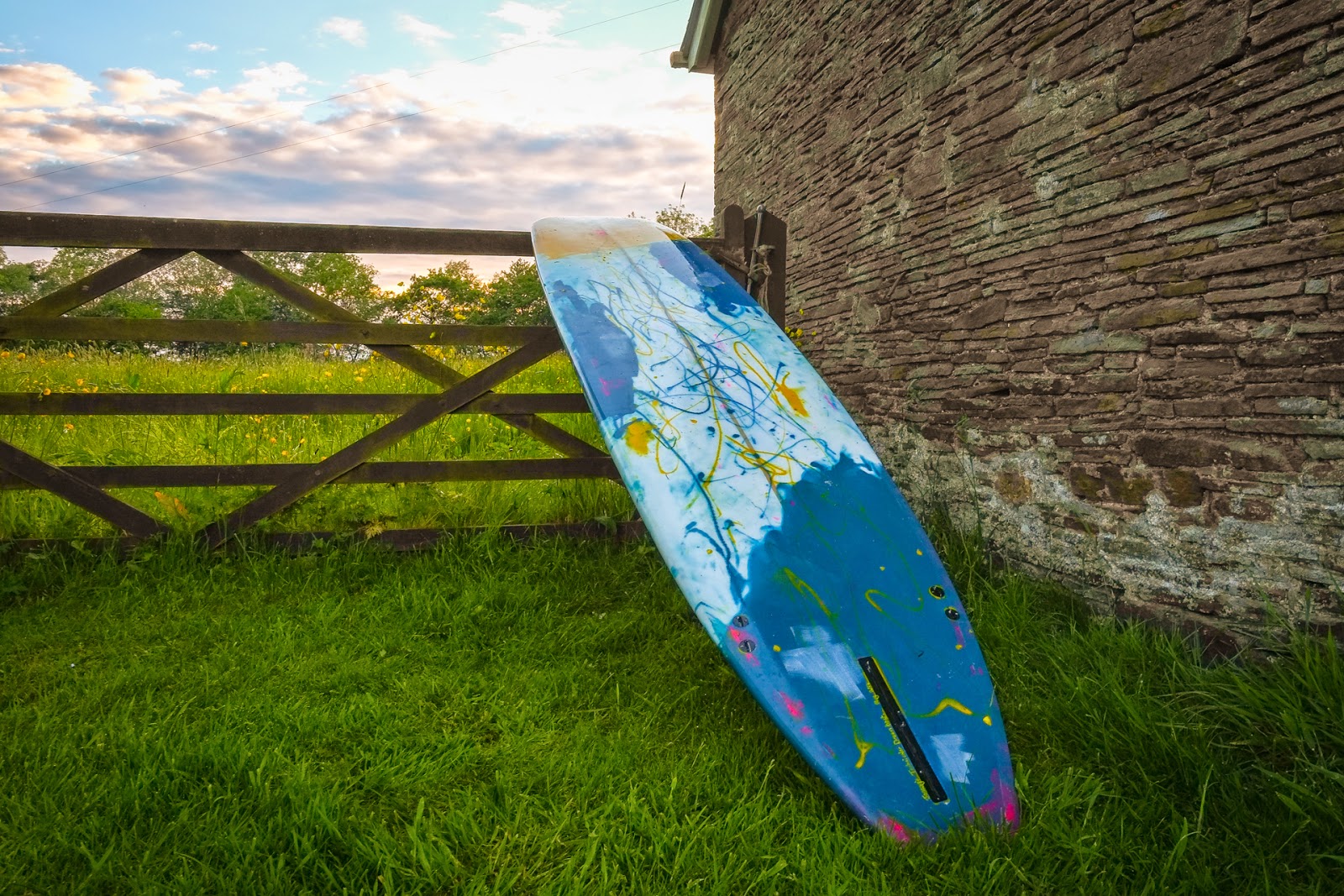 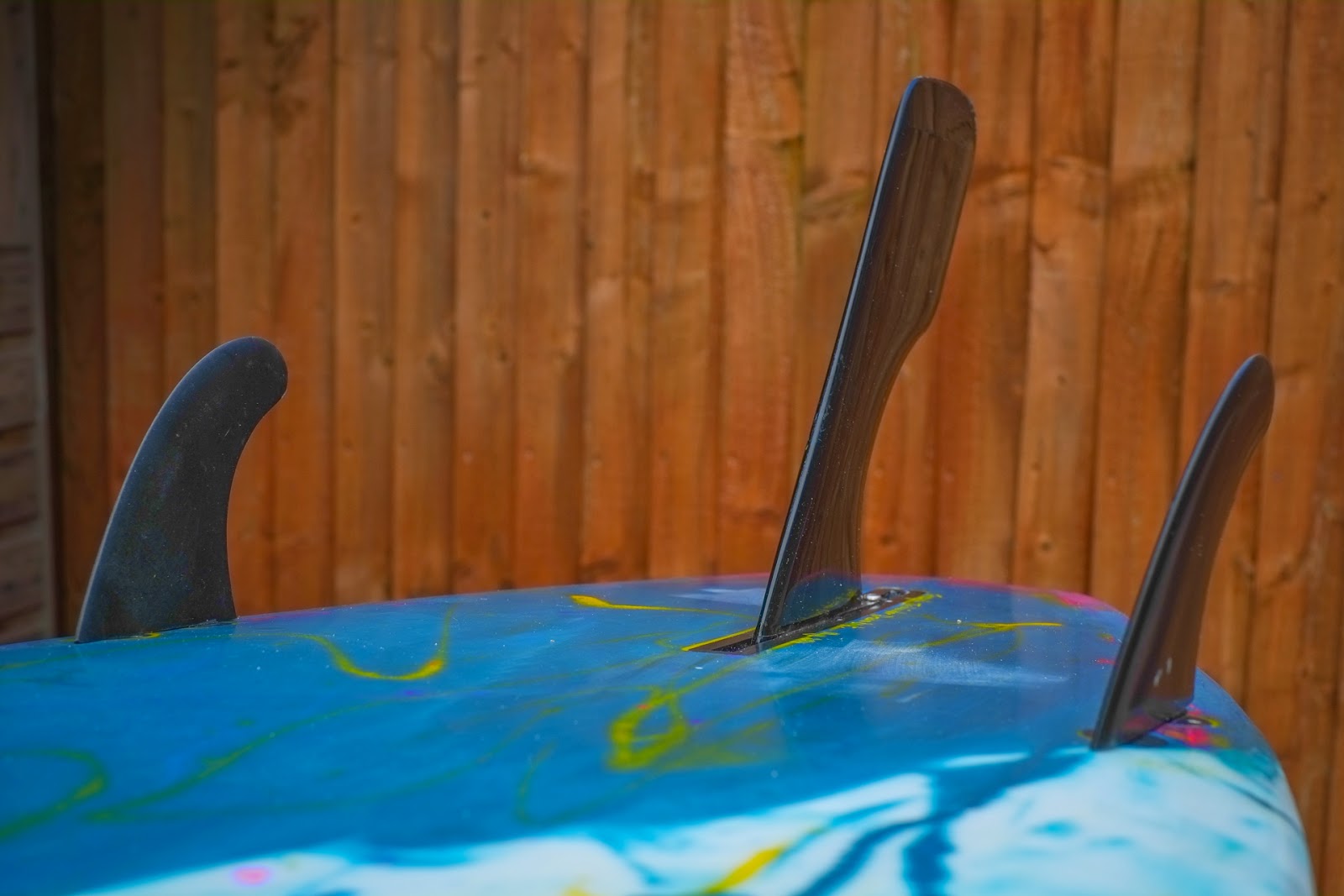 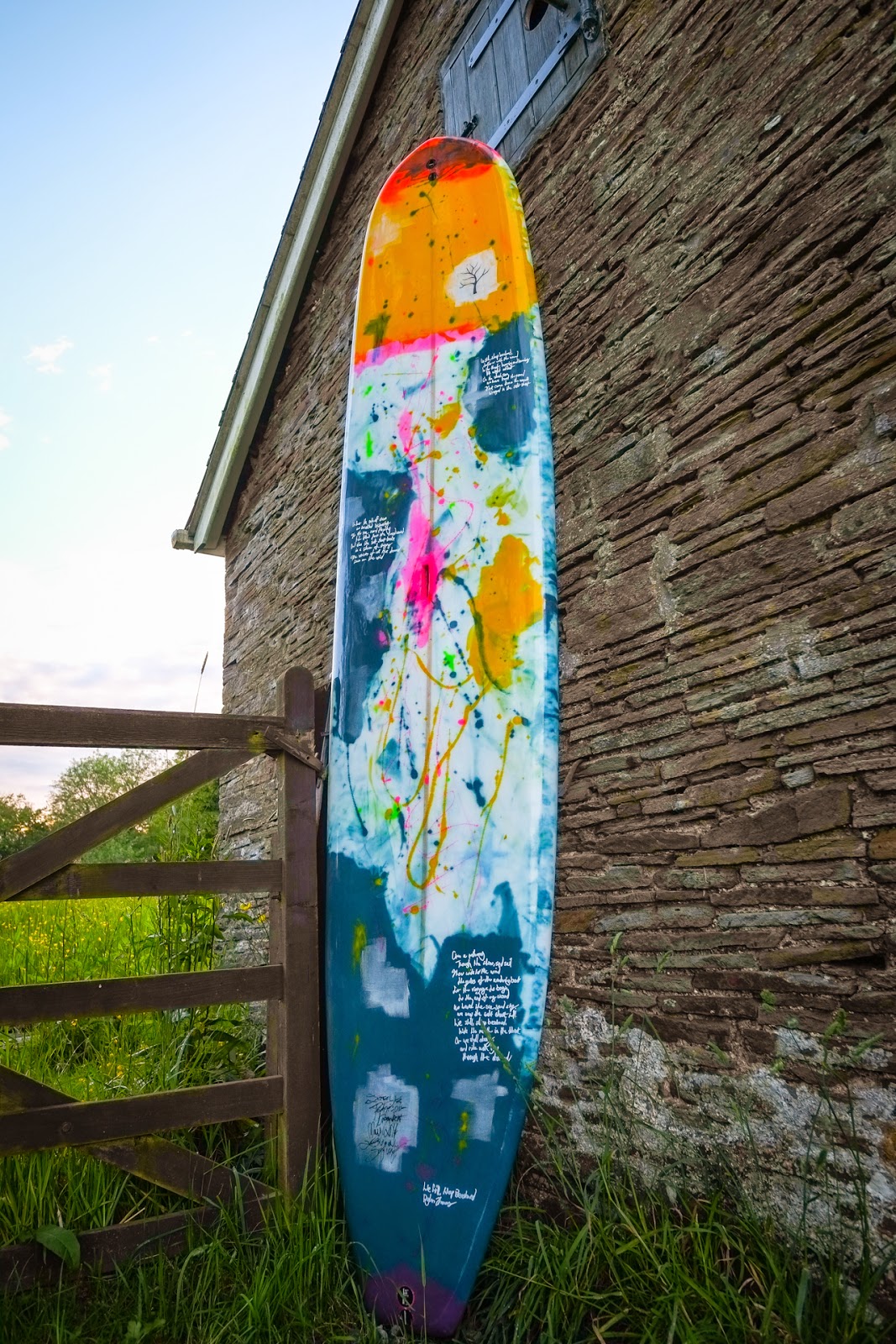 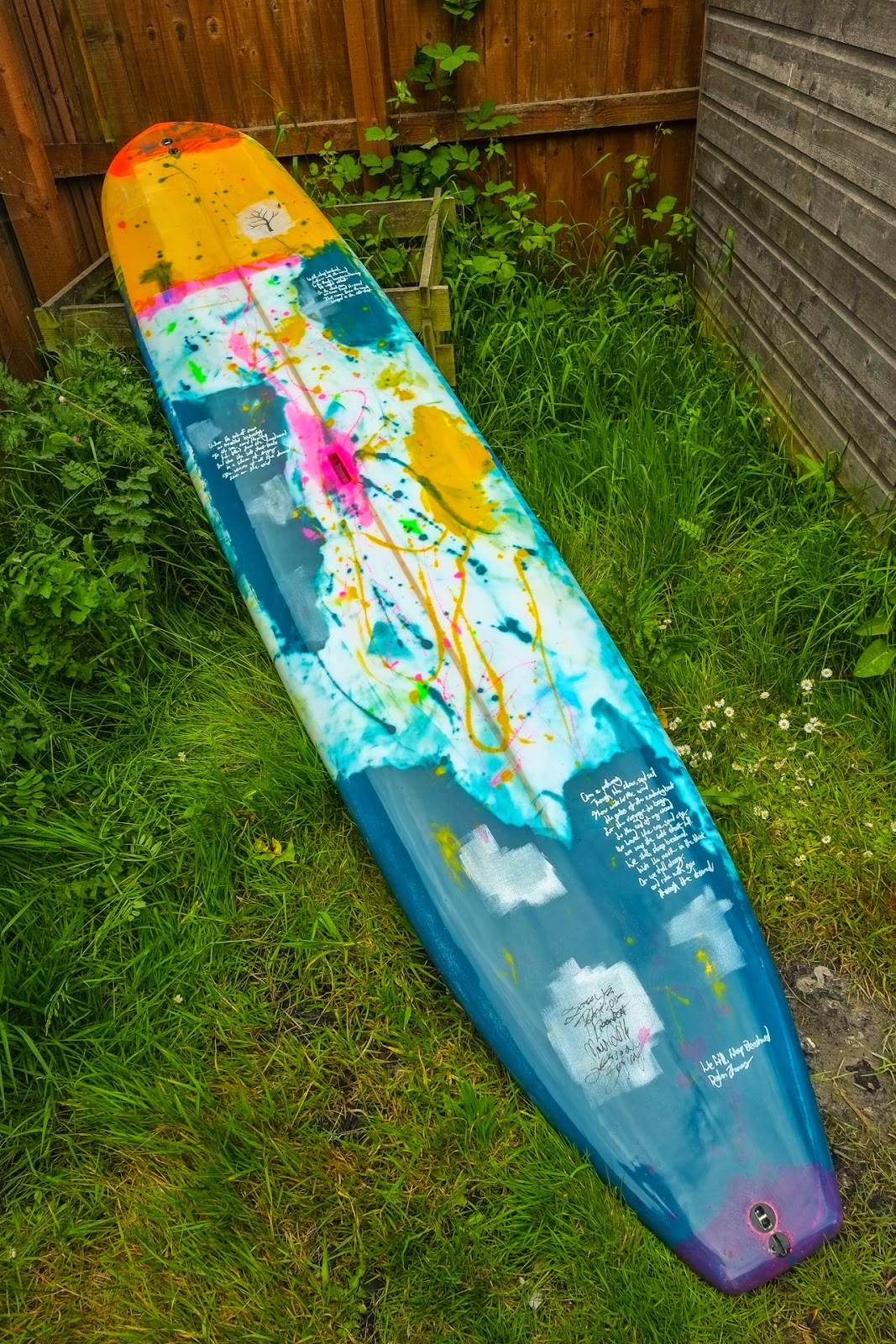 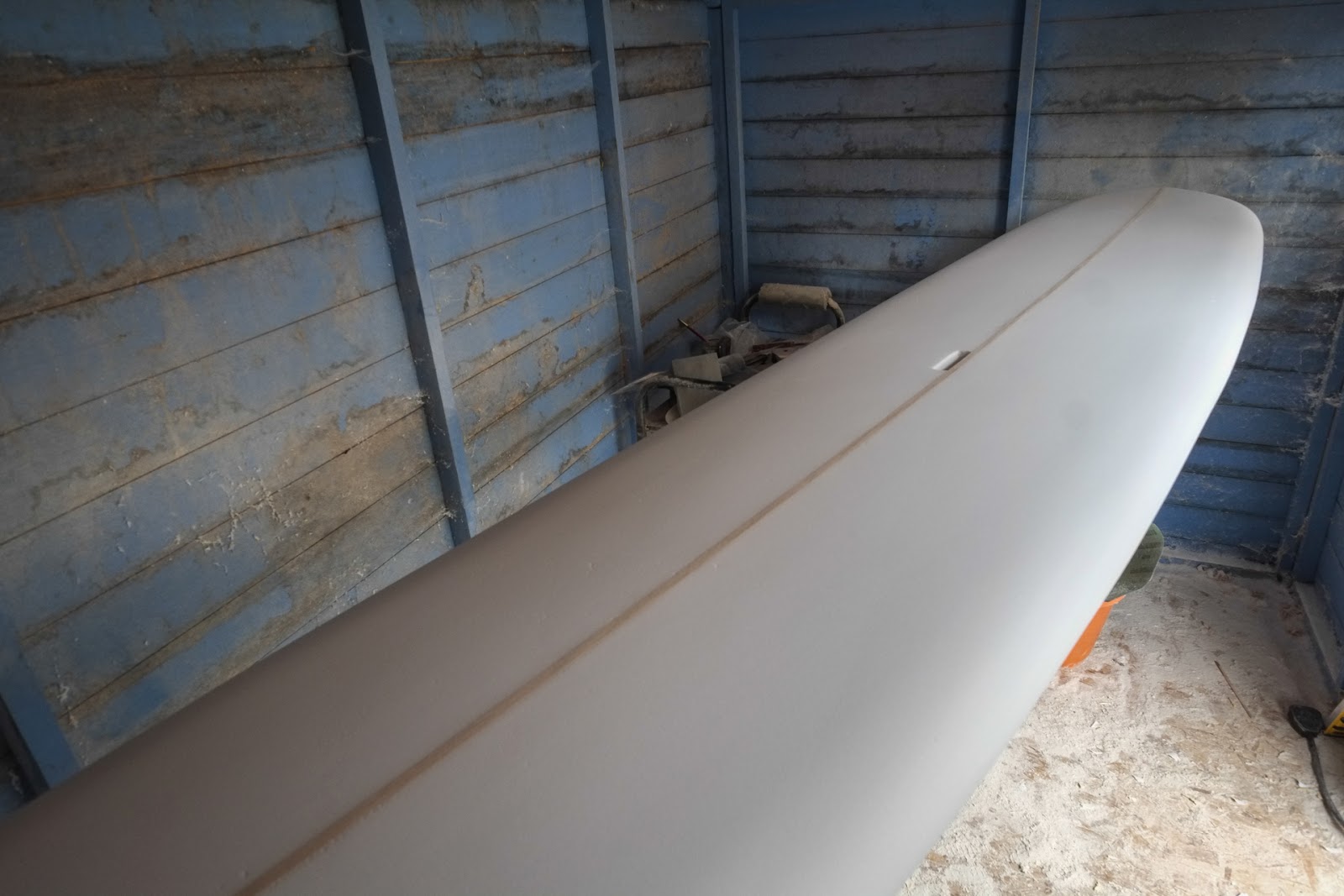 A few years back a 10 foot shaping shed seemed plenty big enough when the biggest boards I made were still under 6 foot. Squeezing a nine foot something longboard into there was quite the Tetris problem, more importantly, trying to get the finished bastard out of there without cracking a rail on the wall was too big am ask, as evidenced by the attractive repair job.

Somehow though it's emerged unscathed and looks similar enough to the pictures of the Walden Magic for my tastes. Especially pleased considering I just whittled it out from the blank without the aid of a template  or markings, luck rather than judgement probably. 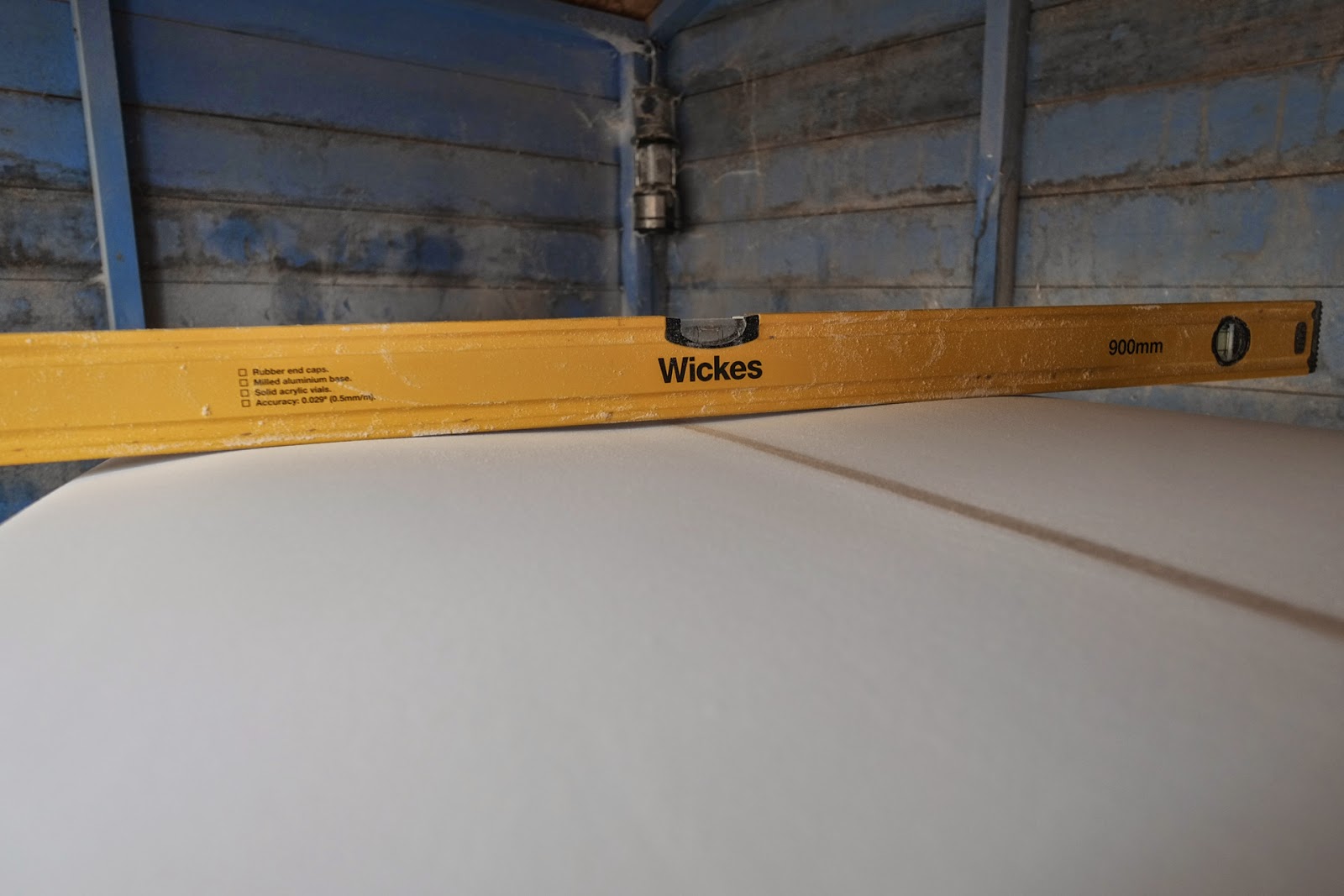 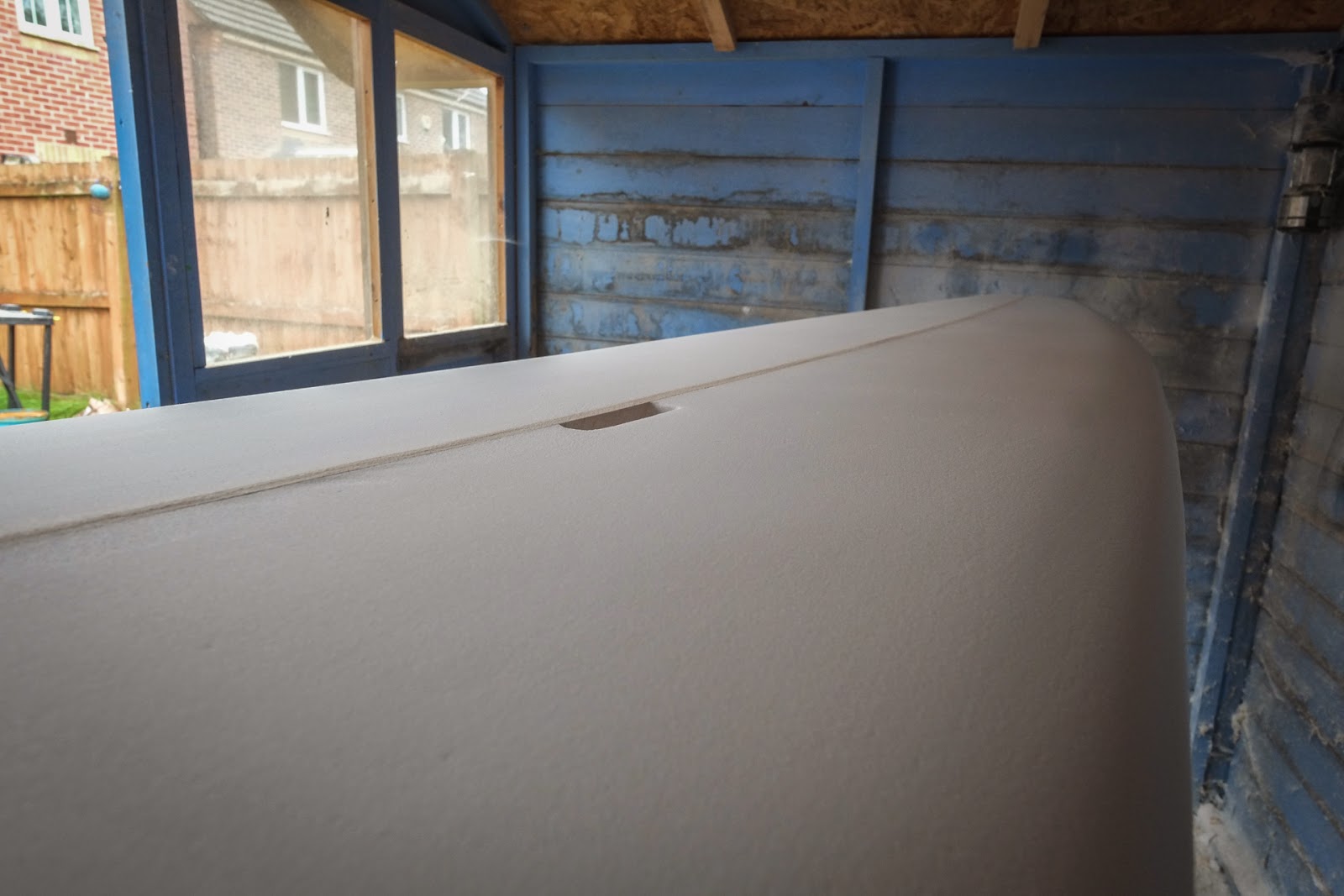 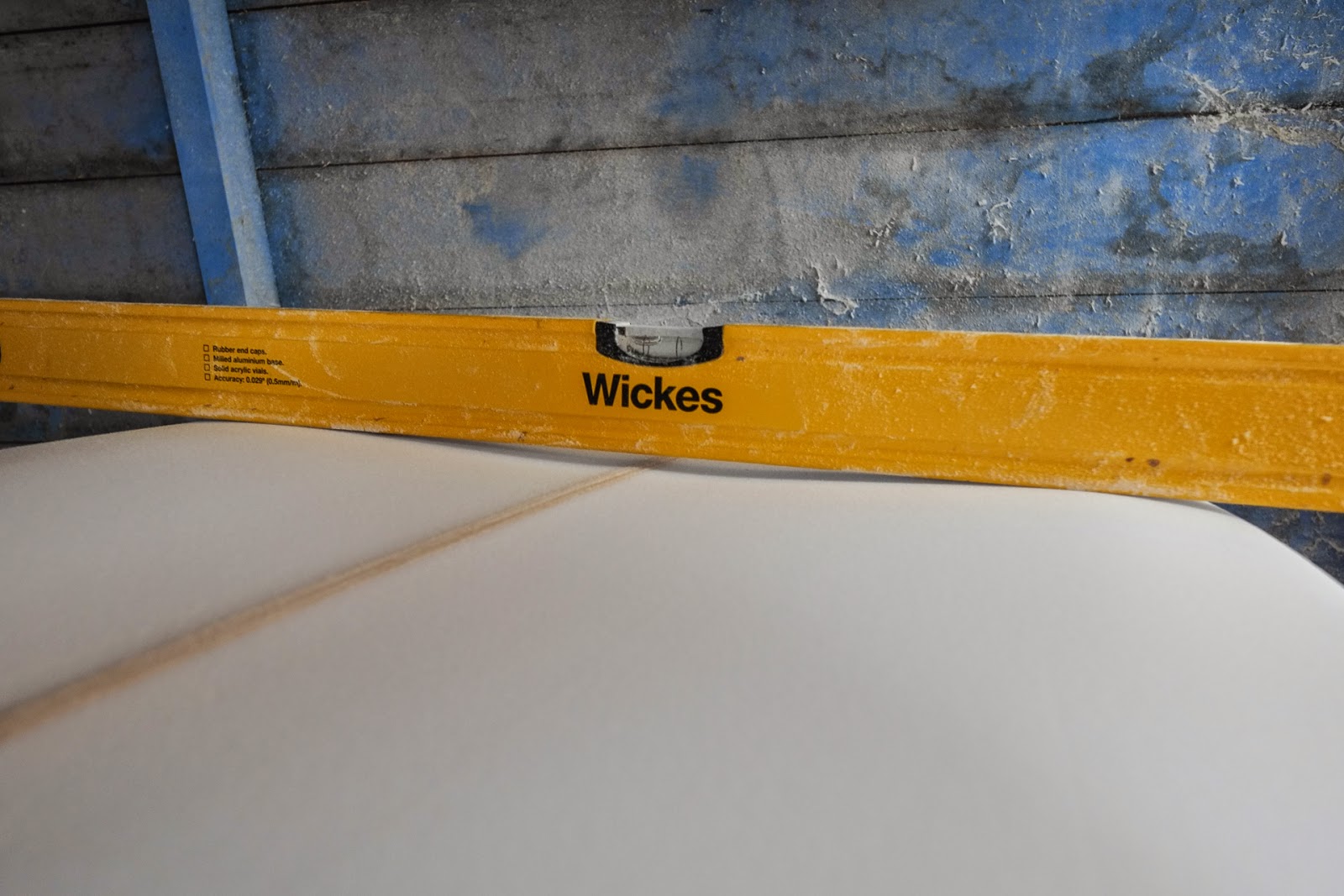 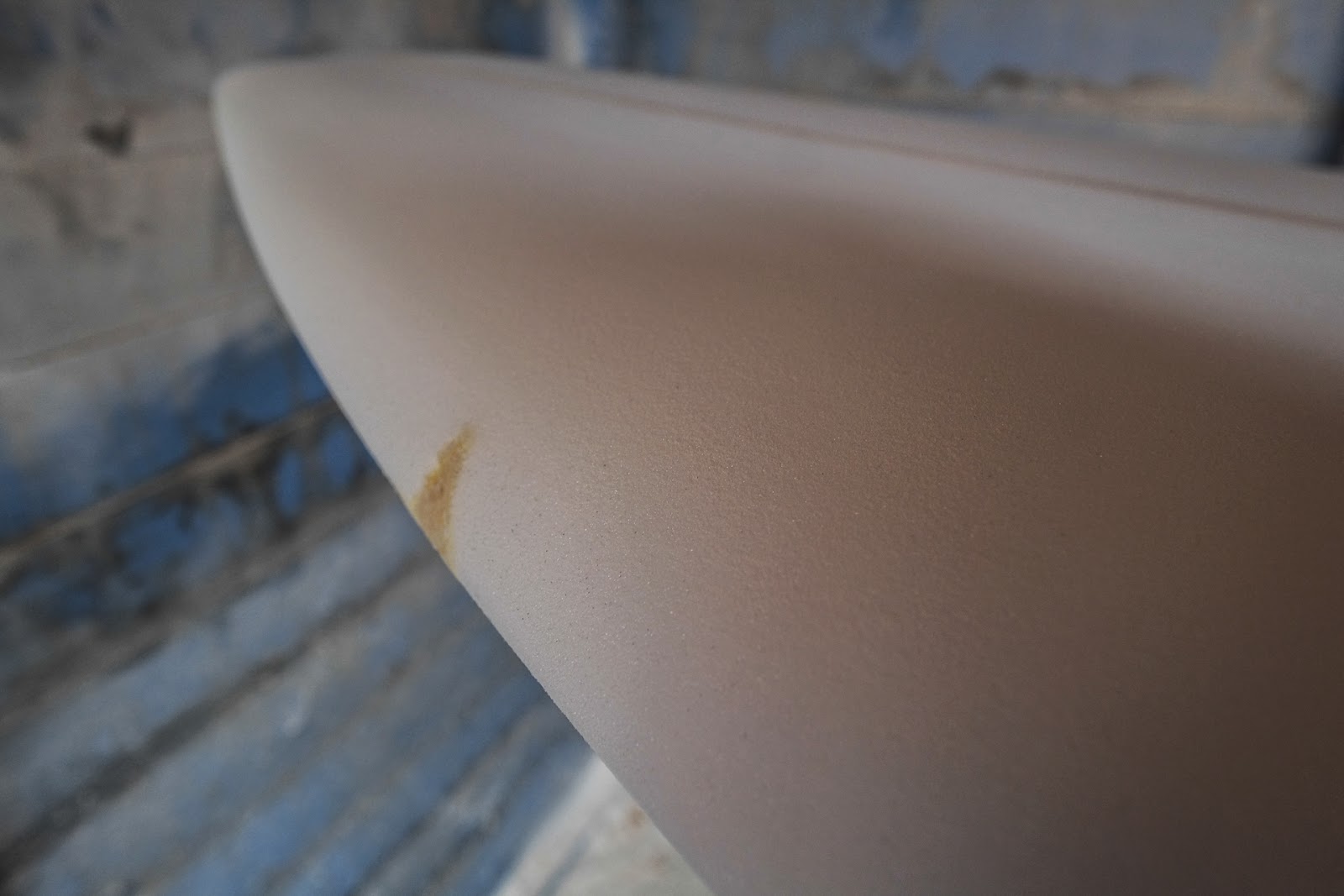 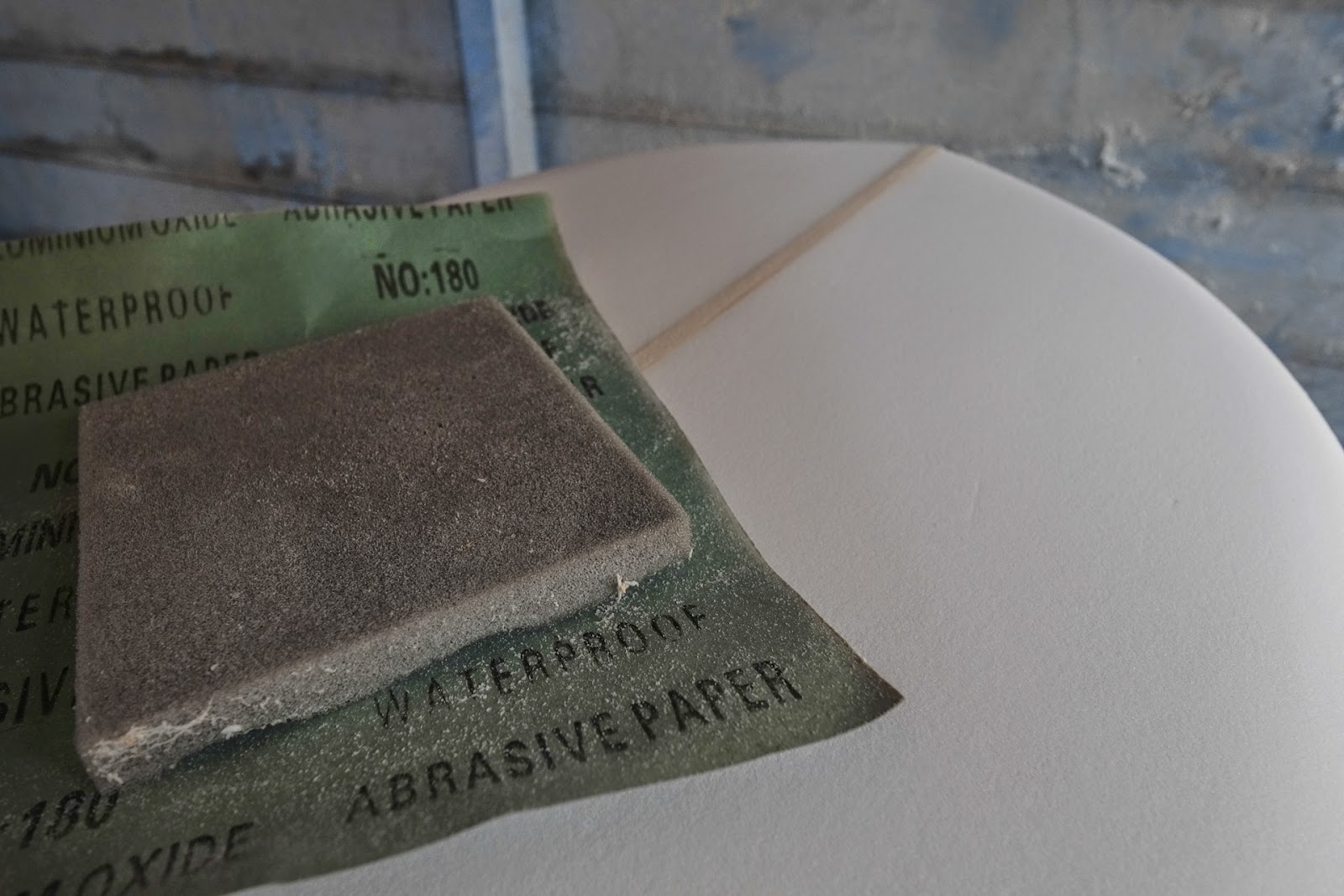