Same Same But Different - Development of my Bodyboard Concept

Been playing around with this design on three previous occasions now and it has come a long way from the first heavy, bulky version. This time around I wanted to finesse some of the finer details of the design so thought the best way would be to create two boards, both similar in design but with some slight differences to compare their effects. 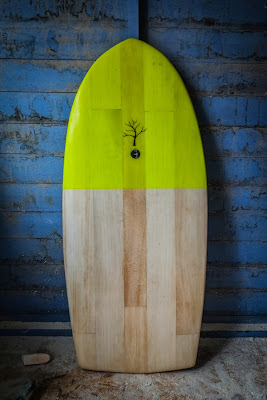 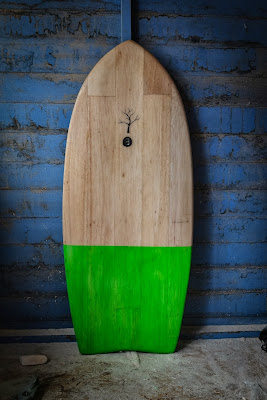 The outline for both is based on the original Little Patriot shape but for the green board I've pulled the tail in a little. 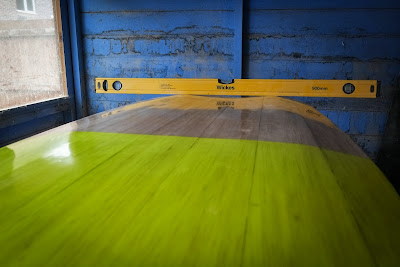 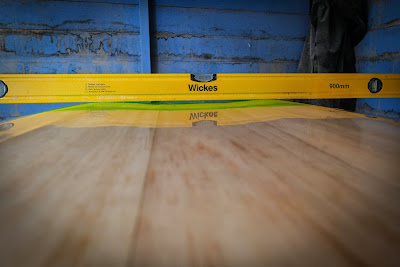 Concave's for both are pretty similar, though I went slightly deeper with the yellow board and I chamfered the rail down more as the intention is to ride this board finless only while I've added two fin plugs to the green board to give it the option of fins should it require more hold.

The profiles are quite different but both are far more aggressive in rocker than previous Patriots which was a result of building my own blanks from a block of foam and pre-cutting some paulownia stringers to glue between them. They both have considerably less volume than previous models, I never found catching waves an issue before so these boards should feel a lot less corky. The addition of paulownia stringers means there's no reduction in strength and now feel considerably lighter.

The yellow board having more volume throughout as well as slightly more nose rocker and slightly less tail rocker. The green board has more volume removed from the tail and also a slight kick to it, the intention being that by keeping my weight back on steep take-offs I can keep the nose from pearling. Will be interesting to compare the two to see which approach proves more successful. 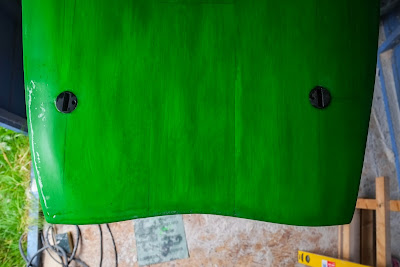 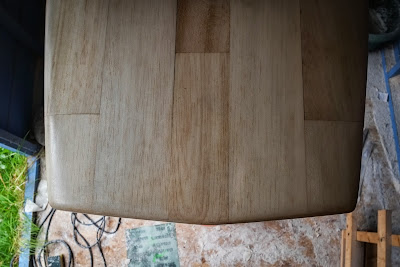 Tail shape is something I haven't played around with much so I've mixed it up a bit with a crescent tail and a diamond tail, the fin plugs an obvious addition to the green plugs with matching fins to follow when I have time to glass them. 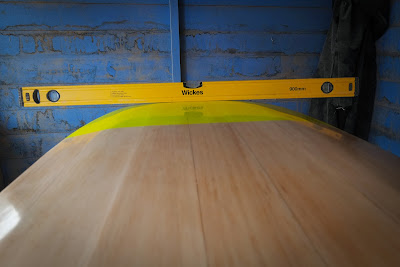 They both share the same belly in the nose to allow easy entry into the wave, always seemed to be quite successful on my previous boards so felt no need to change for these. 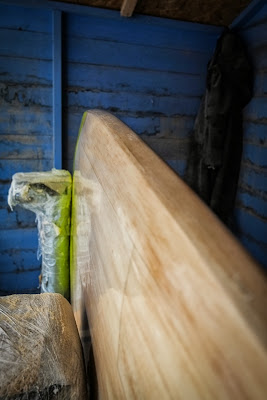 Finally the rails; both are hard edged, similar to the Patriot 3, but both much thinner as a result of the boards having a lot less volume. The yellow board has slightly more angle cut into it but forgot to mix it up too much when I was shaping so the difference probably isn't so much to make a difference.

Well now the photos are done I guess the only thing left is to try them out.
Posted by Unknown at 13:58 No comments: