First finished this board back in January (Alaia style paipo mk 1) but I realised I went a bit too aggressive with the concave and split the board. Didn't fancy scrapping the board because it looked so much fun so I decided to fibreglass it so now it's back and super strength. Went for a yacht varnish finish this time to give it a shiny finish without too much sanding. 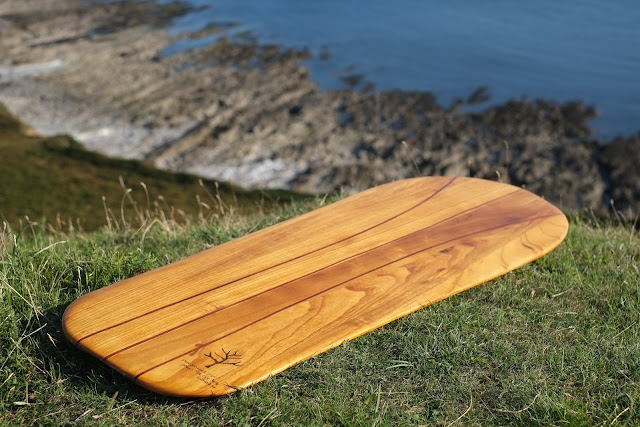 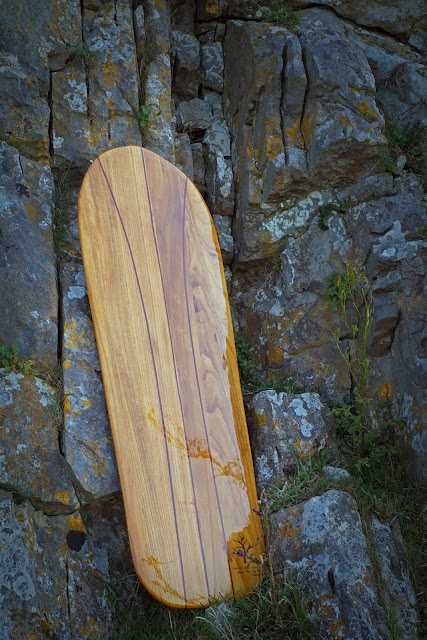 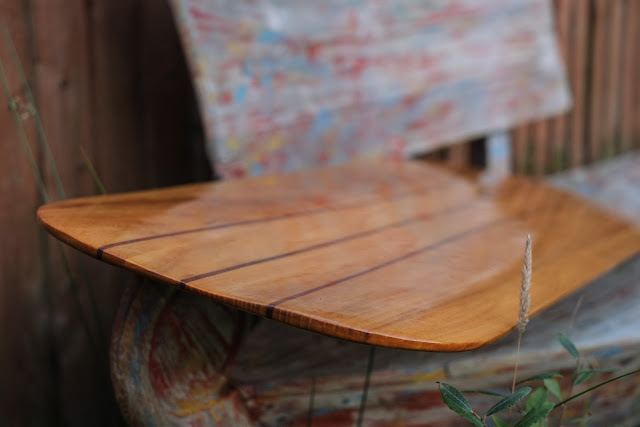 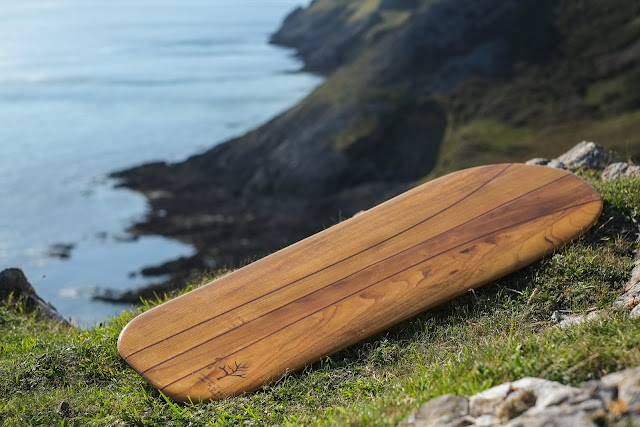 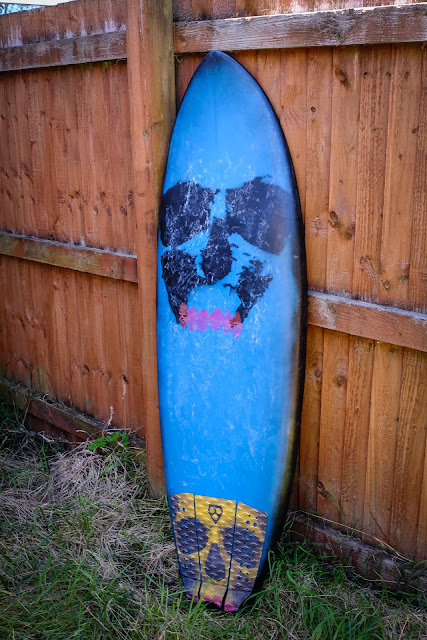 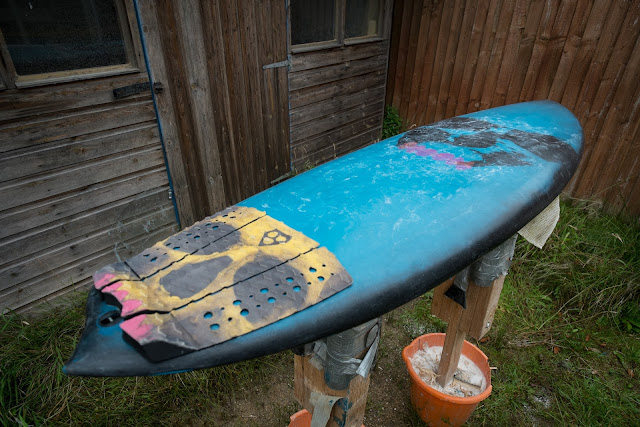 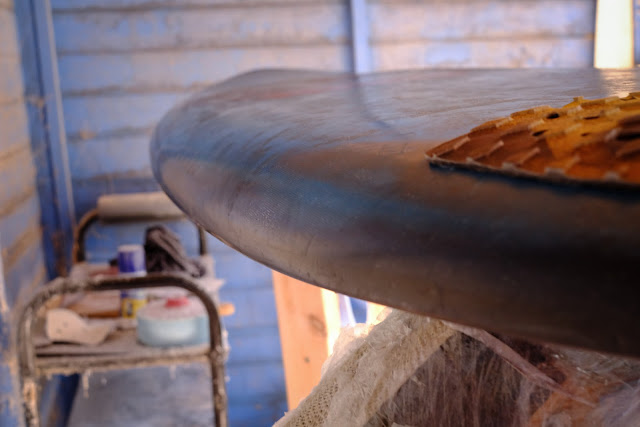 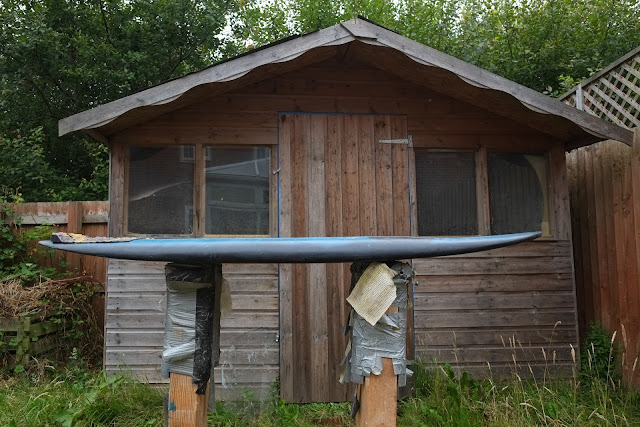 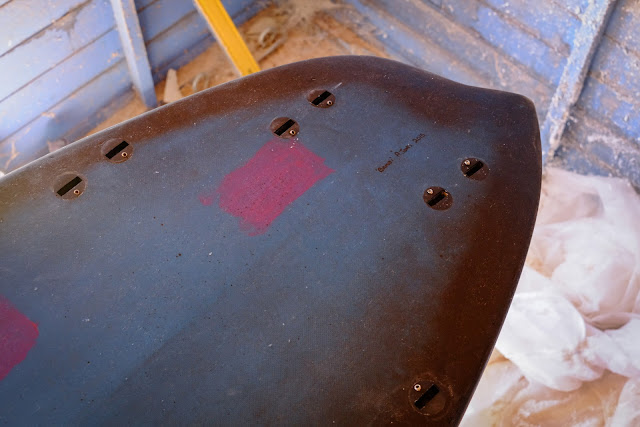 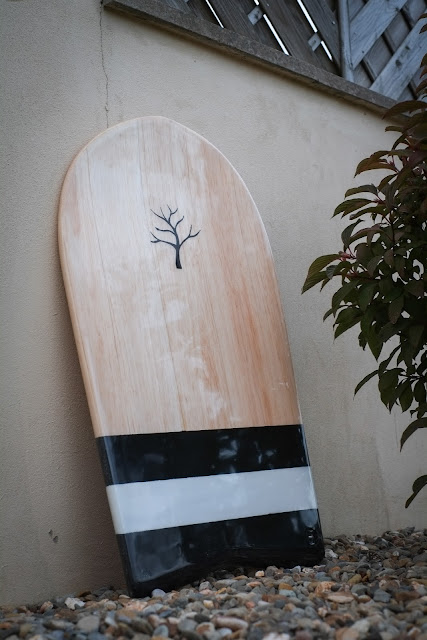 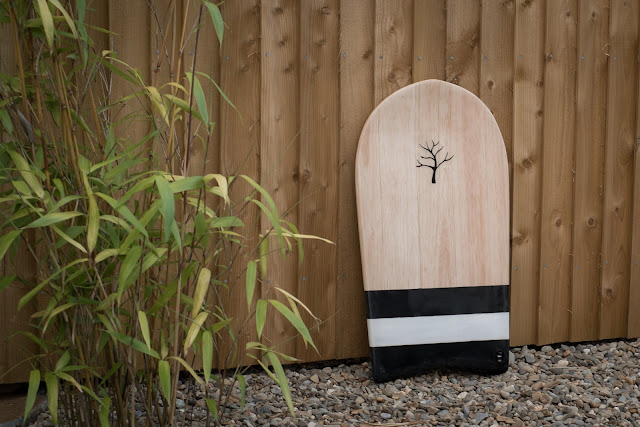 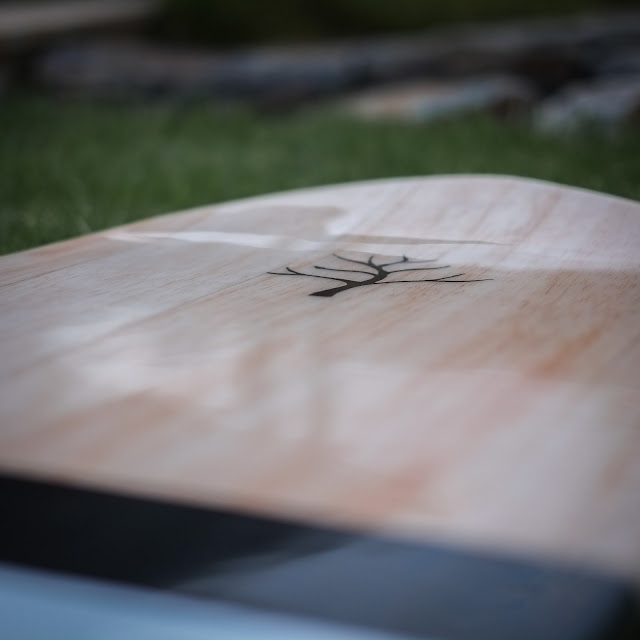 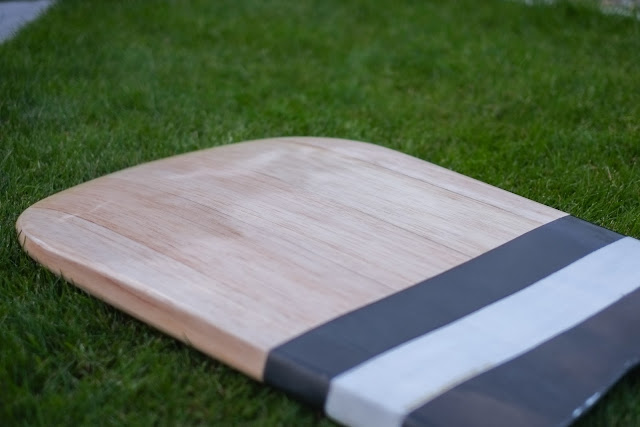 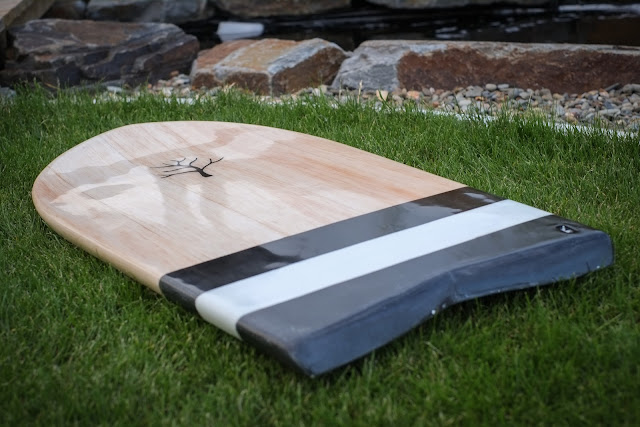 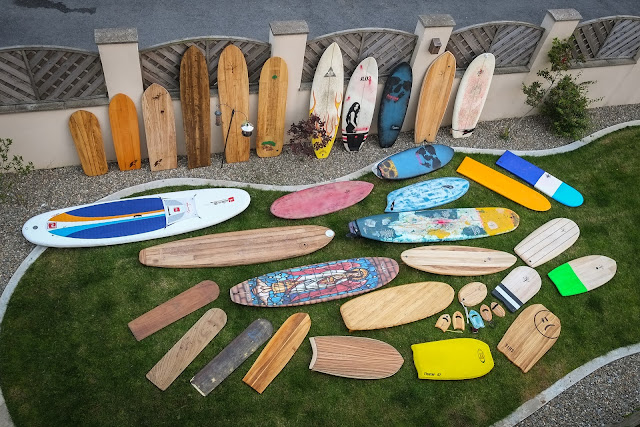 Starting to run out of space to store all the surfboards so thought it might be a good opportunity to get them all together for a group photo so I can finally see how many I've actually got. So here it is, 19 surfboards, 13 bodyboards/paipos and 6 handplanes. Problem is Wales doesn't get enough decent waves to use them all. 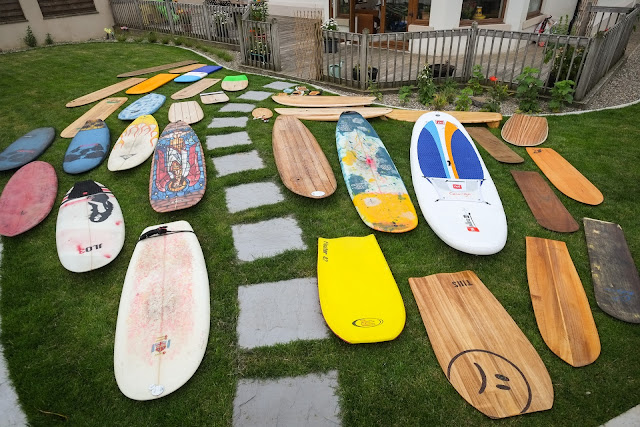 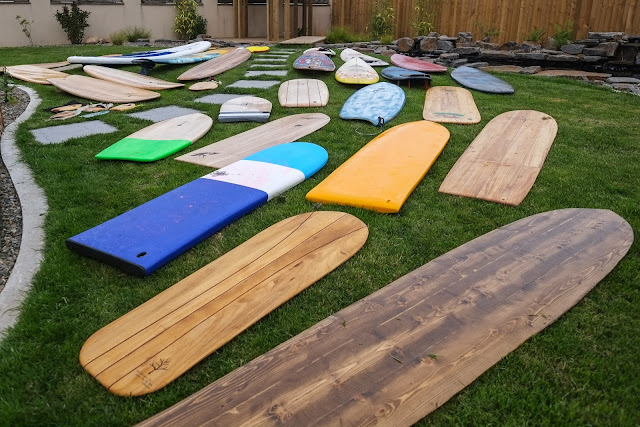 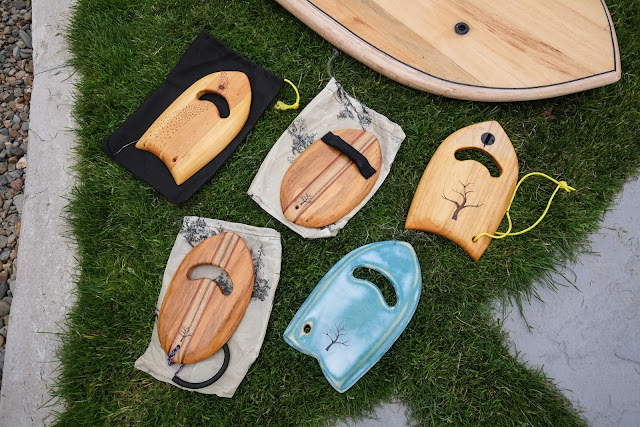 Oddball, he's not a fan of them negative waves

If you've seen much of Ryan Burch's Rabbit Foot surfboard you'd be forgiven for thinking this is a blatant copy, but you'd be wrong, the Rabbits Foot has got somewhat of an asymmetric crescent tail whereas this one has a crescent tail leading into a round tail. And it's got a different colour scheme. So completely different.

Anyway unfair comparisons aside, this board is the result of untold hours; starting life as two blocks of XPS loft insulation board, glued together, shaped and given a fiddly parabolic balsa rail for added strength. This was followed by a few layers of fibreglass, some resin tints and a shoulder damaging amount of sanding and polishing.

Intended as a replacement for my Number 7 board, I'm hoping the fancy concave and channel will actually help offer a bit more control rather than just being a fibreglass nuisance. 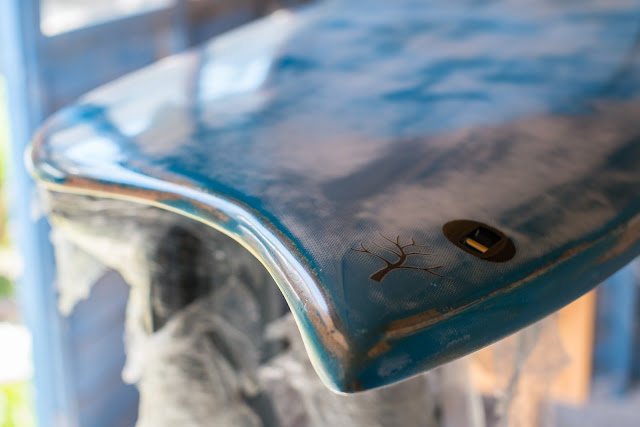 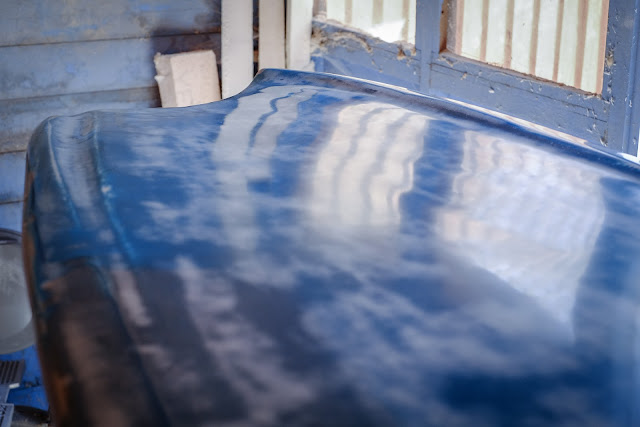 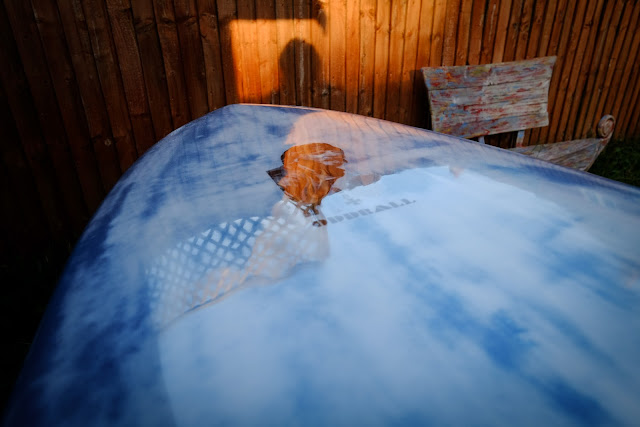 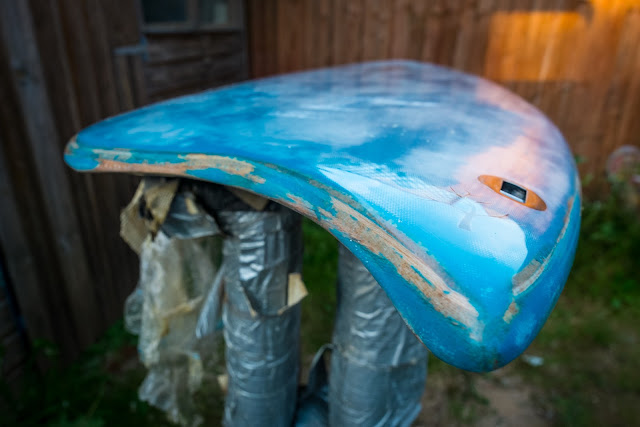 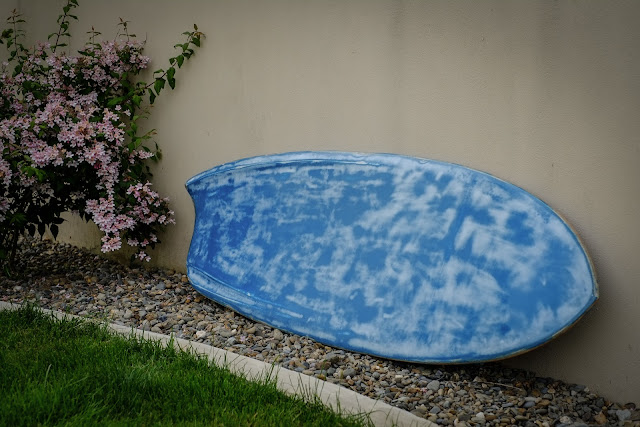 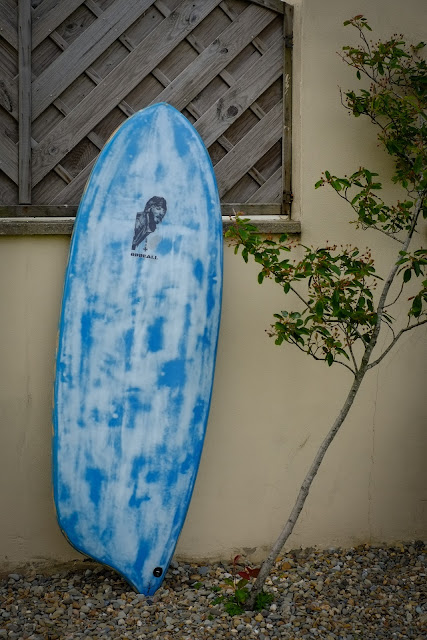