Home stretch now I think, board is all glued together now so hopefully it's watertight. Roughed the outline out, rails are still squared up at the moment. Dropped a bit of a bollock when it comes to the nose, didn't include enough wood in the nose to shape it as flat as I intended so had to make it slightly longer and with more of a pulled in nose than I planned. Looks to resemble more like a Firewire Sweet Potato than a mini sim now but to be honest I was planning to pull the nose in for my next evolution of the Jubilee Sim so not necessarily a bad thing, did give me a scare though!

At any rate, essentially what I have at the moment, after many hours of work, is a surfboard blank!

Also knocked up some fin blanks, these will need to be shaped then marked out on the board so I can route out some slots for them and glue in place. Then all that's left is to shape out the rails and give it a final sanding and oiling. Would still like to be able to surf this in my summer suit so time is running out! 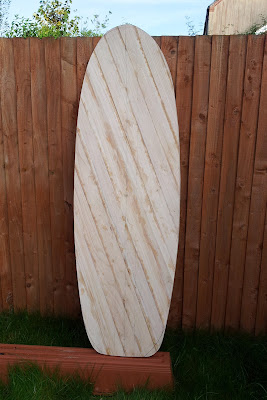 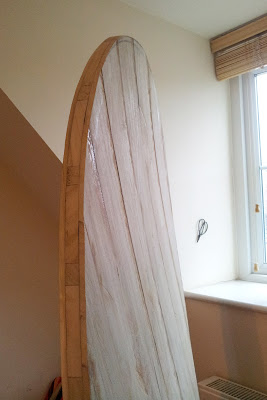 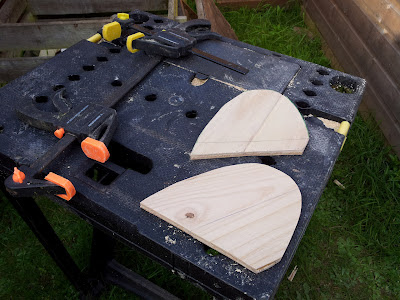 Trying my hand at something new

I can be easily influenced and YouTube has been a terrible influence on me. At any rate after watching this video by Original Skateboards I felt my life was lacking a longboard and being that I had some spare ply kicking about I figured how hard could it be to build one of those? As it turns out probably not too difficult assuming you have the right tools. I didn't have the right tools and most certainly did not have the right wood!

With a bottle of wood glue, some misshapen sheets of ply, a load of bricks, a jig-saw and plenty of mistakes I eventually had a board that resembled a longboard. Some heavy sanding, a disastrous attempt at making my own grip tape using sand and varnish later and the addition of a pair of trucks and a set of wheels later and she was complete.

As much to my surprise the board has snapped under usage yet and the combination of soft wheels and a pretty flexible (though fat) deck means this board is actually a pretty comfortable ride and quite the little carver even if she's not the easiest on the eye.

Undeterred though I've now gotten my hands on 7 sheets of maple ply, a bottle of Titebond III and a sheet of XPS foam (I have a cunning plan) so the mark II version should be much improved, watch this space! 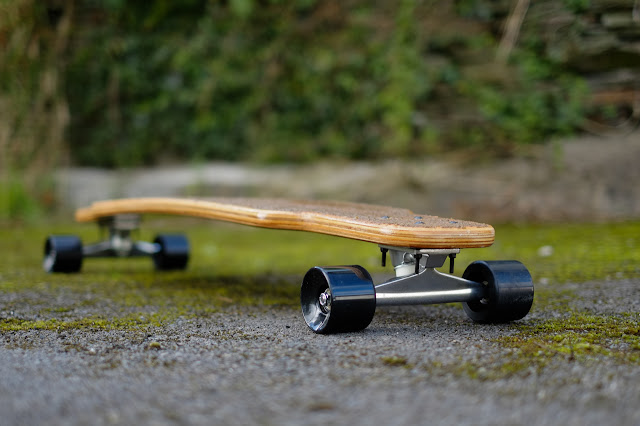 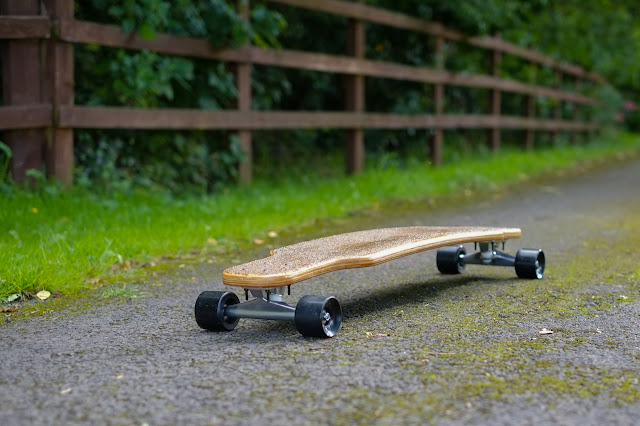 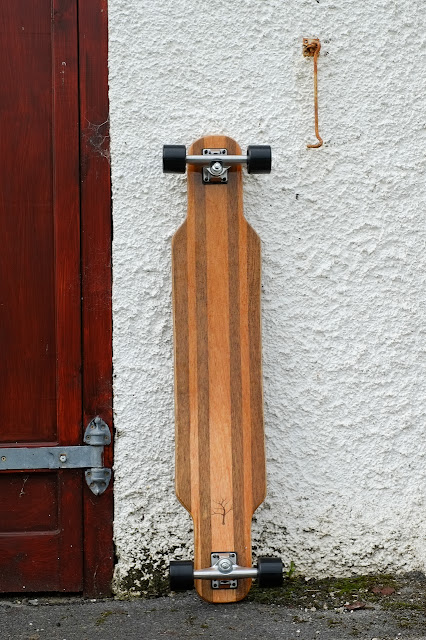